For those who were unable to attend — we blame the unfortunate circumstances — , here are some of the things you missed:

Just some of the remarkable speakers who gave out talks and facilitated workshops were our very own Dave Overton, CEO of Symph and Albert Padin, CTO and Google Developer Expert. It was also an honor to have influential people who travelled all the way to the Philippines just to impart their knowledge and expertise to everyone. They were Manikantan Krishnamurthy from Google Developer Relations, Shang Yi Lim from Ezypay, Malaysia, and Jecelyn Yeen from Randstad, Malaysia.

For this year’s Devfest, we have set a milestone of gathering a really large crowd of around 1,200 active and passionate individuals.

With us who made the event possible were developers, entrepreneurs, and aspirants from all over Cebu and even outside the country. The event was not only of talks and workshops, it also became a meetup for all these geeks who share the same passions in wanting to create things that could make life easier and the world better. 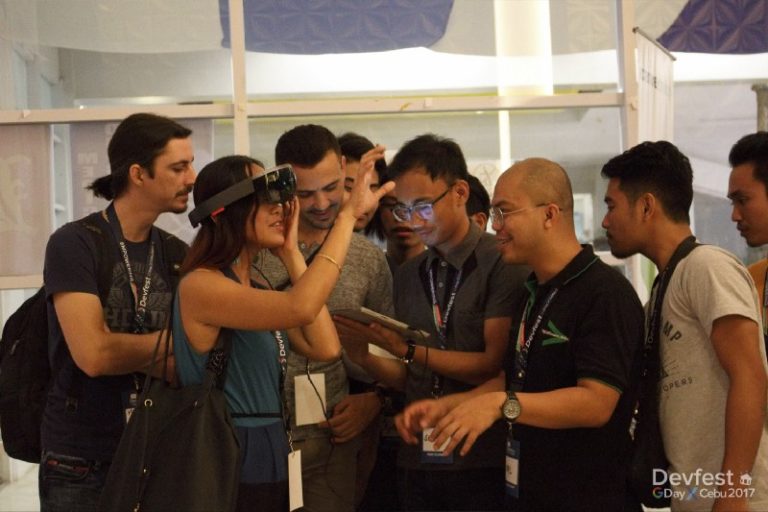 You know what pitching is, but we had it different this time. Being the first in local tech events, the reverse pitching was one of the highlights during the Devfest.

At the early part of the program, entrepreneurs pitched their business problems that they want solved. During the afternoon breakout session, one of our superb speakers Justine Win facilitated a design sprint where teams of devs developed their proposed solutions to these problems. Near the end of the event, the teams presented their resolutions to the entrepreneurs and to the entire crowd. 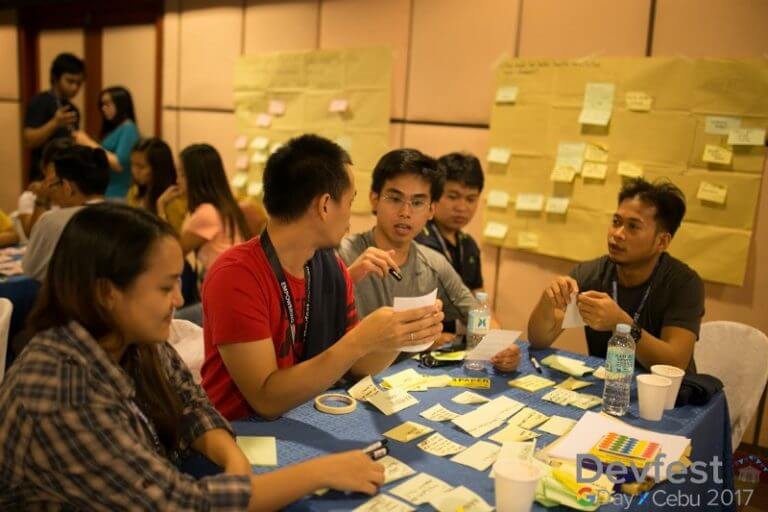 For one breakout session, a whole hall had lights shut off with only glow sticks and disco lights turned on. No, we didn’t disco. We coded in the dark. 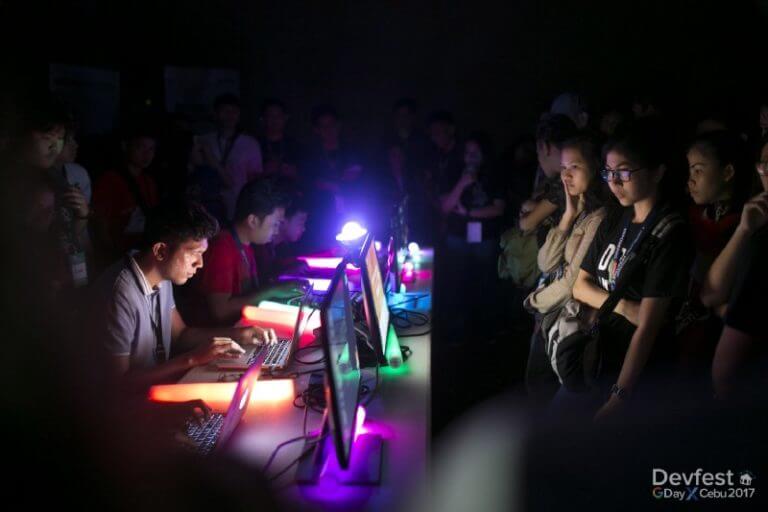 Code in the dark is a competition where developers implement UI designs without the preview through the browsers. It was not only the hall that looked super cool, but also the devs who accepted the challenge to code the unusual way. 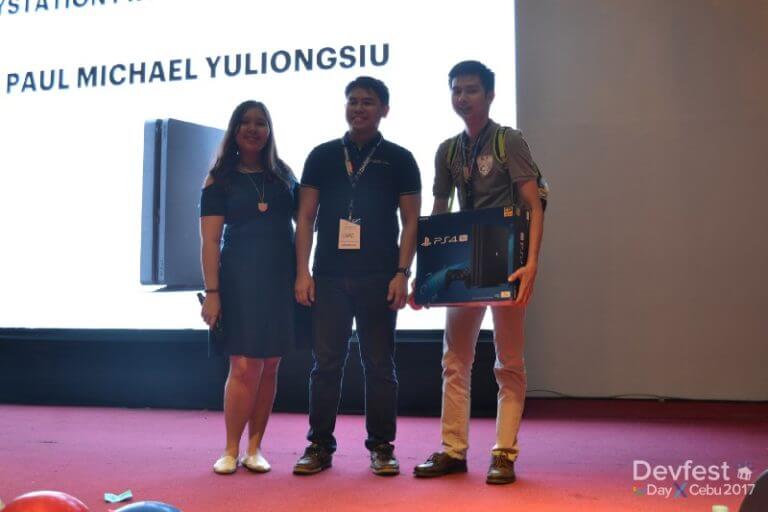 Everybody got their swags too, and most went home with their Devfest gDay x Cebu shirts, which looked awesome too, by the way.

We are still hungover from one awesome and unforgettable Devfest. For those who weren’t able to join us, don’t fret. This is not the last Devfest. See you next year, perhaps?

We’ll take you back to the moment through this video: