This app cuts decision-making time in half

"A business is only as good as the system it’s created for its operation. Perhaps the pinnacle of technology is how successful it is in making our everyday tasks easier and more efficient."

Originally built to save on post-it notes, stickers, and whiteboard markers, one of Symph’s self-initiated apps is looking to change how you do brainstorm sessions or decision-making.

Decision Jam, the computer and mobile app, wants team members to cut to the chase, express ideas, and make decisions in a snap. The purpose of the (free) app is to lessen decision-making time from forever to let’s say five minutes tops. And efficiently at that. 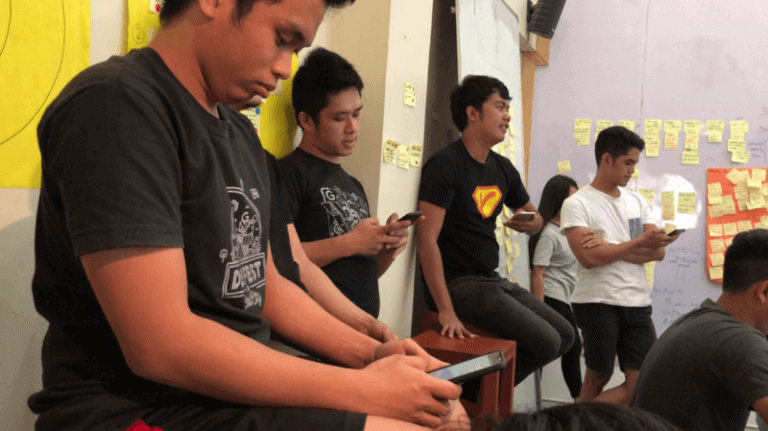 Believe it or not, this is a photo of a productive meeting. Thanks to Decision Jam.

"So, what should we talk about for today’s meeting?"

“I have an idea but I don’t want to suggest because it may sound shallow.”

“I don’t want speak up because no one might relate to it.”

“I’ll go with whatever the boss says, we’re all going for what he wants in the end anyway.”

Getting the team to speak up during meetings can sometimes be a tricky and loooong cricket -chirping process. Sometimes it can get inefficient and ineffective to a fault. It usually ends up with the boss speaking up or the usual confident ones. And that shouldn’t always be the case.

We believe it’s not because the team members don’t have anything to contribute, but it’s because some people don’t just know how to say what they want to say, or they are afraid to speak their minds. *waves at the quiet folks*

As a decision-making tool, Decision Jam enables team members to easily share their thoughts and ideas easily — and anonymously. Simply start a jam by creating a decision link and share it with the team.

Decision Jam also gives the remote team the ability to join or lead jams, too! This improves the overall productivity and quality of your collaboration.

One of the most important aspects of the Decision Jam app is its anonymous feature. Its users are coated in anonymity when it comes to pitching their ideas and voting for the options pitched by the rest of the team. This way, the team is enabled to share their honest input.

Being anonymous in Decision Jam means:

a.) you can pitch in any #shameless idea

b.) you can vote without being swayed by whose idea is whom. 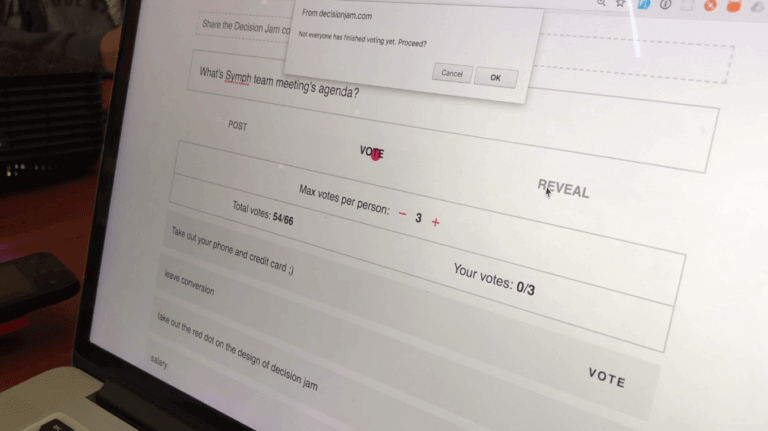 Once the time is up (as set by the Jam Creator), the team members can view all the ideas that members have posted and vote on them (still anonymously). The Jam creator can select how many votes each member should have.

Once voting is done, members are shown the top ideas and now you have your decision done for you.

Decision Jam is as simple as its interface:

The whole point of Decision Jam is to freely express your choices — honestly, effectively, easily and efficiently. Though we may still have a long way to go against using post-it notes, at least we get to save two important resources known to mankind — trees and time. And at the same time, we get to exhaust the most valuable resource, and that is, our ideas.

Decision Jam is effective for:

Decision Jam is not recommended for:

Dave Overton and Albert Padin, our founders, talked about how we built Decision Jam (in less than a week!) in this Dave and Albert Show episode:

If you have a concept in mind for a web or mobile app project, contact us.