I had a breakfast meeting with the executive team of Qavalo - Laurice (founder), JP (data scientist), and Carmela (manager). It began with an idea, and as with most things in the idea phase, we were not quite sure of what the end result was going to be. But I was looking forward to taking a look at their processes to see if there was anything that technology can do to help them monitor and increase their productivity.

Qavalo provides medical documentation quality assurance services to home health businesses in the USA. Their team was responsible for ensuring that all their clients' documentation is filled out correctly and completely. Attention to detail is critical. So I listened to the Qavalo team explain their meticulous QA process. I asked several questions along the way and dug into the details of each step of the process. I was probing and hoping to discover patterns of repetitive steps or tasks. We spotted one not too long into the meeting.

The staff had to repetitively copy and paste information on every task into a Google Sheet file so that they can keep a record of the tasks they were working on. Individually, this didn't take a lot of time, but cumulatively for their team, it quickly added up. 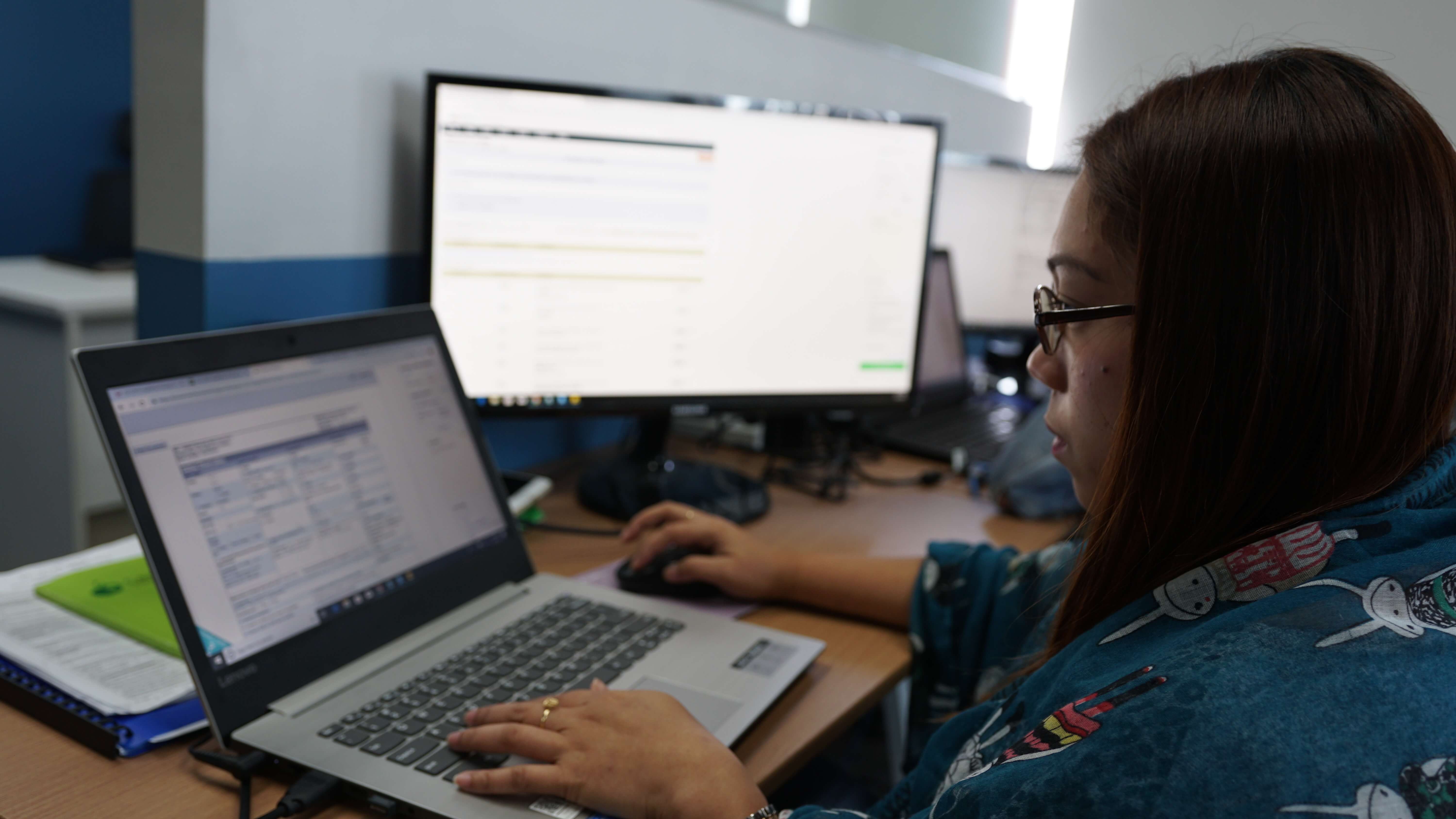 On average, it took 2 minutes for each person to copy and paste all the information for one task. If there were 30 tasks for a person, that would be a total of 60 minutes consumed per day. That's an hour! If you had a staff of 20, then that's 20 hours spent on copying and pasting per day! That's 400 hours every month. 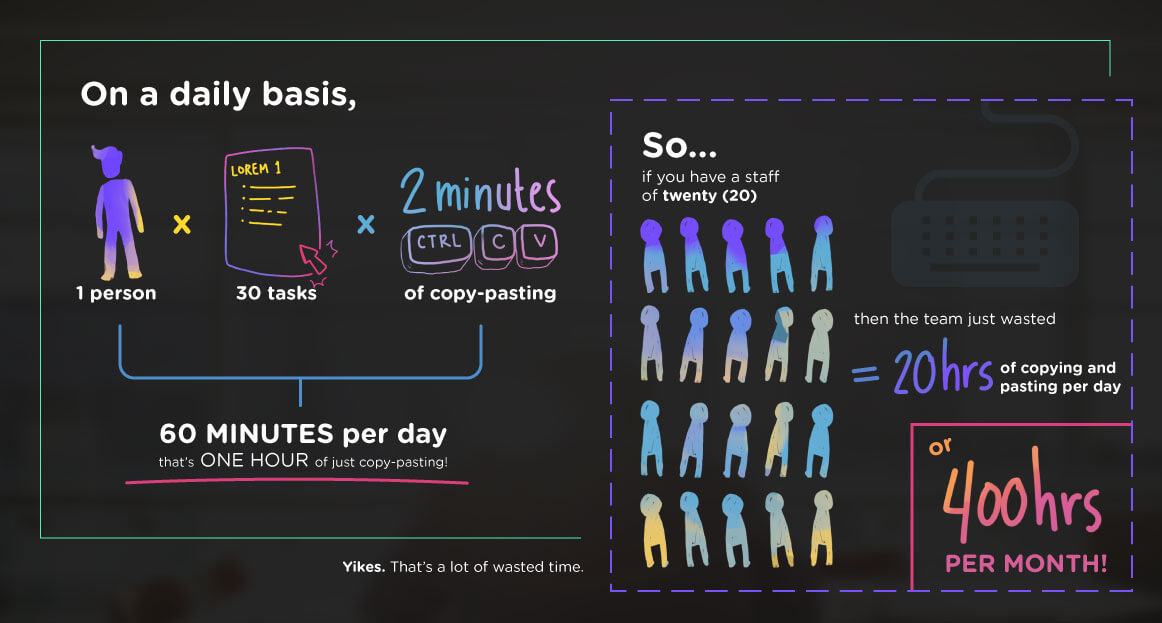 This was a ripe target for optimization where a marginal improvement could lead to substantial time savings.

"What if we can make a tool that automatically copied and pasted the information in a single click? Would that help?" I asked.

Laurice blurted out with eyes widening.

The Qavalo team didn't need an entirely new system. They already had a system in the sense that they already had a way of working that was delivering results. They just needed additional tools to optimize parts of this system and make it more efficient.

So we started with that. We built a Google Chrome extension that extracted data from the tasks their staff was working on and automatically sent it to their database in Google Sheets.

"Can we please use it now?"

This Chrome extension made the staff's work more efficient. They were so happy and excited that even while we were still gradually rolling out the tool to their entire team grouped in batches, some staff members would ask that they be included in the next batch. It was a successful rollout and productivity immediately increased.

The added bonus was that since they didn't need to open Google Sheet anymore, it also made their computers faster and that also contributed to even more productivity.

The tool contributed to a total increase of over 33% productivity for Qavalo's team. That's just an idea formed over breakfast. Wait 'til you hear what we come up with by lunch time! ;) 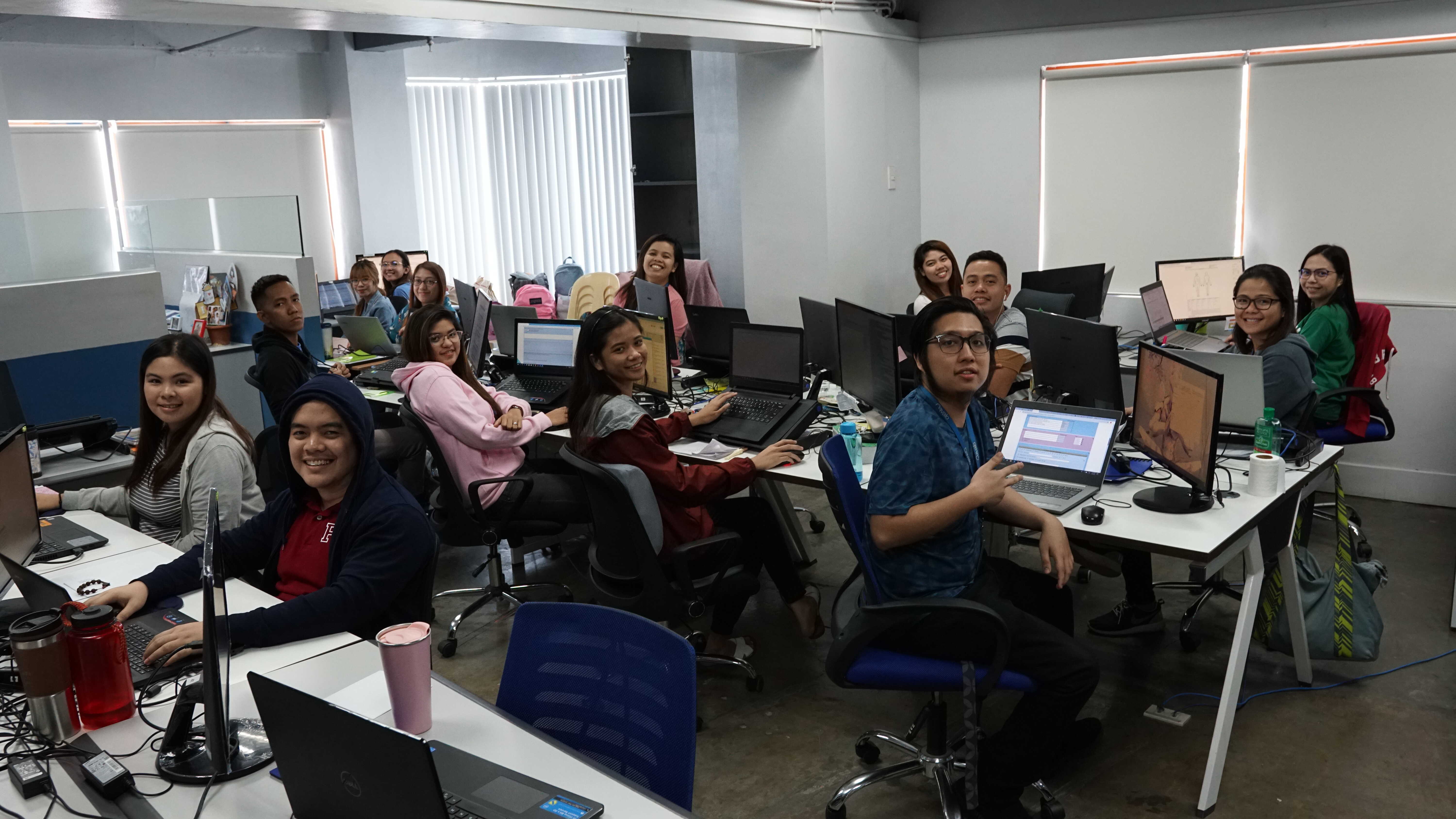 After the tool was launched and being used by their entire team, Qavalo's Special Projects Manager JP expressed:

"We felt like we were part of the team and like we're not outsourcing you guys... Most of the time when there are outsourced developers, the projects don't really pan out as planned but with Symph, we really felt and saw the results right then and there."

What tool can we build to help you increase your company’s productivity? Talk to us and we will see how we can help.